The public involvement – a key to the effectiveness of energy policies It is known that public involvement is a state of an active participation of community members – stakeholders (most generally regarded as consumers of services) in the development, implementation and evaluation of policies. The effective public involvement is a prerequisite for quality decisions and actions in the process of policy. It is a product of a structured dialogical communication between public management, certain interested parties and the wider public, which in turn explains the crucial role of the effective communication in the process of policy making.

The effective approach to communications and their role in the building of public commitment require the relations with stakeholders in a given policy to be seen as a strategic intangible asset. If the main task of communications is to contribute to the establishment of sustainable positive relations by considering the needs and interests of the affected communities, then logically the process goes in the framework of basic and  applicable in all areas of policy values and principles.

The energy policies represent an interesting problem area for the application of the ideas of public empathy. The main reason is the existence of a contradiction which is observed in a relatively few policy areas: on the one hand, the energy sector is almost universally heavily regulated, guided by a narrow elite community and is traditionally quite “tight” for public initiatives, and on the other – in the last two or three decades is under a growing public pressure in reducing the harm on the environment, which has forced many governments to change their policies, for example – by limiting the use of carbon sources and increasing energy efficiency.

Later will be presented briefly two cases illustrating the role of public participation in the development and implementation of a specific cluster of energy policies – the penetration of renewable energy sources (RES) or as is popular to say “green energy”. This role is particularly significant, since several studies have shown that the introduction of such energy policies (as well as policies to protect the environment as a whole) encountered mainly on political (related to the interests of certain social groups) instead of technological barriers (Stern 2007).

Although sometimes environmentalists do not want to admit it, almost every “green” energy policy conflicts not only with established economic interests, but also with a number of legitimate reactions of the taxpayers, consumers (paying the immediate price) or local communities (mostly  in rural areas, where normally the installations are located). Therefore, it is necessary to conduct a serious discussion with the parties concerned, which must not only be based on conclusive and clearly presented scientific evidence, but also to provide answers to the most painful questions – what would be and how will be distributed the benefits and costs (environmental, social, economic) of the new policies (DevineWright 2011).

The first case covers the practice of the so called community-based micro energy policies in Denmark, the most important feature of which is the participation of local communities in the ownership of small “green” energy companies (most often – wind turbines and heating systems) and the management of the services. Several scientific studies have shown that this mechanism for creating a societal involvement has at least three verified practical advantages: firstly, increases public awareness and expertise on complex aspects of the energy projects; secondly, generates the material interest of the communities from effective renewable sources; thirdly, contributes  to a more flexible design and implementation of projects (Hoffman et al. 2009). The emergence of enduring positive relationships with well-informed, active and interested local communities are being formed as an important factor for a mutually responsible partnership, without which new energy policies are doomed to difficulties or even failure. In the Danish example we observed visible success for the period from 2010 to 2013. The consumption of renewable energy is growing steadily to reach 41 percent of electricity consumed and 23 percent of the total energy consumption, and the small district heating plants provide more than 75 percent of the service (Danish Energy Agency 2014).

An example of the effectiveness of this energy partnership is the wind farm at Middelgrunden  near Copenhagen, built in 2000. The project was implemented as a partnership and joint ownership (50 for 50) of the communal energy company in Copenhagen and the specially created in Middelgrunden wind-energy building (Middelgrundens Vindm0llelaug cooperative). Interestingly, the cooperative includes over 10,000 members (individuals and collectives) with investments from  EUR 500 to 3000. A significant support comes from the Danish government, which exempts from tax the profits from the investments in the mentioned project and similar subsequent projects. As pointed out in an analysis of the International Energy Agency, “this form of organization, free from the traditional leading orientation towards maximize profits, is providing a significant support to government interventions in the field of electricity and heating” (IEA 2013).

A specially conducted further study concludes that public involvement through the instruments for cooperative ownership leads to “… a significant mitigation of widespread protests, blocking or delaying projects and to sustainable mutual trust and on this basis – to support in the future. Because of that reason, the approach is a promising example of similar renewable energy projects in Europe “. (Sorensen et al. 2012).

This Danish example is the occasion for some conclusions on the role of public participation. Firstly, it confirms the need for creativity and innovation in the selection of tools for the building of  involvement tailored to local conditions. The joint ownership in the energy projects is only one of the possible tools. Secondly, the example highlights the need not to underestimate the considerable resources (time, effort, political support and goodwill) necessary for the formation of a truly sustainable and complete involvement. Finally, one should not forget the importance of  an upgrade of information and competence among participating countries and their representatives.

As for the doubts that such practices can “work” in our country, without underestimating the social and the culture differences, we can mention the fact that such skepticism was pronounced  during the preparation of the presented Danish project. One of the important features of the social involvement is that it is never “ready” in advance and it should be constructed with  purposeful and good – faith efforts from all sides.

[2] Devine-Wright, P., ed. (2011) Renewable Energy and the Public: From Nimby to Participation,London. Andrey Velchev, PhD in Political Sciences and the Owner and Editor-in-chief of the media for professional communication luboslovie.bg. Expert on communication policy: “Construction of public involvement in strategic public-private partnerships’’. 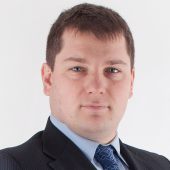